Yes, I'm popping in on a weekday because we have special guests this winter and I was finally able to capture one on camera, which isn't easy considering they are night creatures. 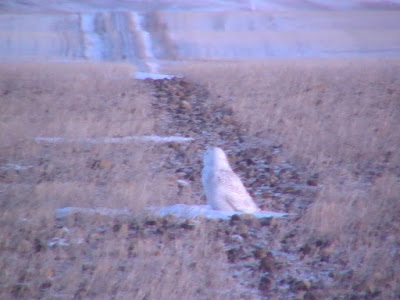 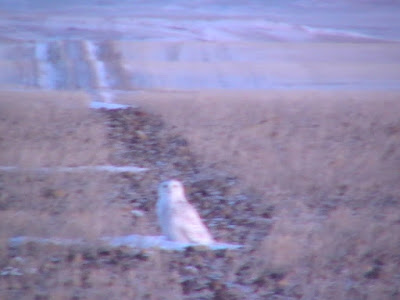 This is a snowy owl, also known as the prototype for Hedwig if you're a Harry Potter fan. Their normal range is farther north but every once in a while we get an influx. I'm told this year they've been seen as far south as Kentucky. This one stands about knee high and I'd guess his wing span is five or six feet at least. He's shy so I had the camera on full zoom which makes it hard to get a really clear photo, and of course when it was in perfect focus he was looking away. But still. Wow.

That is so cool! Beautiful. Simply beautiful. :)

That is SOOOO cool. I would have loved to see him.

We are watching a mother Great Horned Owl and her owlets right down the street. Lovin' it.