My Grandpa, the Legend

This coming Saturday my grandfather, Melvin Icenoggle, will be inducted into the Montana Cowboy Hall of Fame. He's always been a legend in our minds, and it's pretty cool to see others recognize his accomplishments. 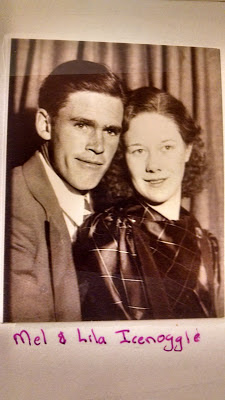 His father died of appendicitis before he was born, so by the age of twelve Grandpa was earning his own keep, exercising race horses at the Tanforan race course in San Francisco and farming with four and six horse teams in Oregon. 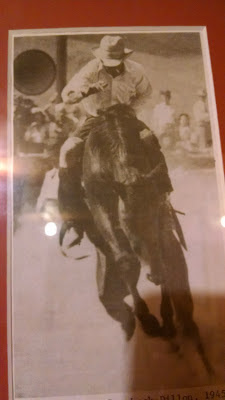 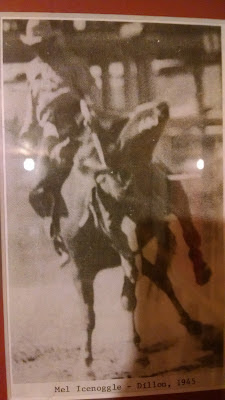 As a cowboy, he competed in all three roughstock events, wrestled steers, occasionally roped calves, and put a little extra money in his pockets by also providing entertainment in the form of stunts like Roman riding races, climbing aboard a bucking horse in a steel washtub filled with flour to imitate smoke as the horse blew out of the chute, and one of his crazier inventions, a 'bull chariot'. 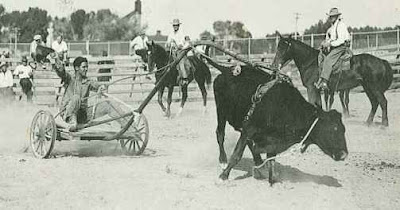 As a rodeo producer, he often acted as both stock contractor and contestant. If they were short of entries in any of the roughstock events, he'd ride, then hustle behind the chutes, change shirts, and ride again under a different name, just to be sure the crowd got their money's worth. 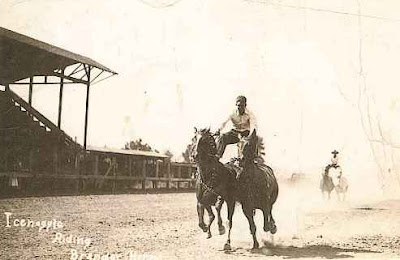 My grandfather was one of the founding members of the Montana Rodeo Association and also built the original, wooden jackleg indoor arena that was used at Montana State University and College National Finals rodeos for over twenty years. He was a horse trainer, a logger, a farrier and in his later years, long time custodian of the fieldhouse at Montana State. 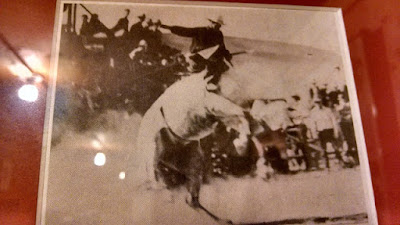 We will be gathering in Great Falls on Saturday to celebrate his exploits, and no doubt learn about a whole lot more that can't fit into a press release. Hope to see some of my Montana friends at the induction ceremony, and that you'll stop by afterward as our family gathers poolside at the Heritage Inn.
Posted by Kari Lynn Dell at 12:44 PM

That is so awesome! I love the story of giving the crowd their monies worth and pretending to be there cowboys! Wishign you and your family a wonderful celebration. Fiona :-)