It's not every summer that we get an abundance of hot, sunny days, so we've been out and about, wallowing in the warmth as much as possible, which means I haven't been spending a whole lot of spare time in front of the computer. Hopefully you've all been out wallowing in your own summer, and none of you have actually noticed I was gone. But for those who did ask, here's where I've been:

Hamilton, Montana, at a series of Senior Pro rodeos. Not the world's greatest rodeo photo given my point and shoot camera, but the point of the photo isn't the action, it's that tall pole in the upper left hand corner of the picture: 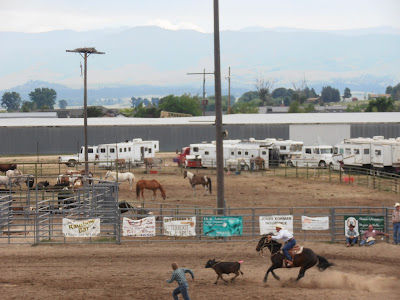 That is an osprey nest, complete with Mom, Pop and kids. It's been there for years, set dead center in the middle of the bucking stock pens, right behind the announcer's stand. Apparently they enjoy a little rodeo action, not to mention snacking on the dozens of fluffy former 4-H rabbits that have escaped and started a breeding program in and around the Ravalli County fairgrounds. But extra credit to the first reader who points out what's unusual about the roper in the picture above. 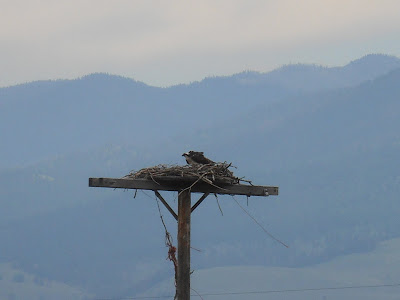 Then we wandered on down to the Gustafson Ranch along the Two Medicine River, about an hour south of us, to their annual Fourth of July barbecue featuring Wylie Gustafson and his band, the Wild West Show, who were temporarily upstaged by one of the guests: 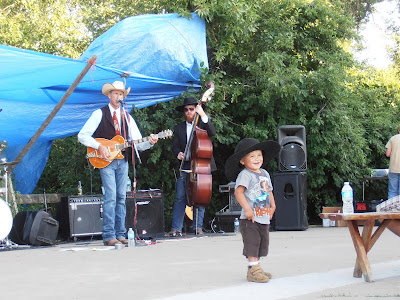 From a crop and grass standpoint, we've had a great summer, with frequent rains that've kept the countryside green despite numerous days in the eighties (yes, people, that is HOT for here). Unfortunately, this time of year most of our moisture comes by way of thunderstorms, and some of them have been ferocious. We've dodged the worst of it so far, but neighbors to the south weren't so lucky. Two different hailstorms cut mile wide swaths west to east, leveling pretty much every growing thing in their path. 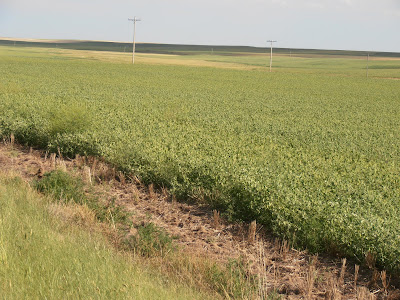 Field peas after. Notice it even mowed down the grass: 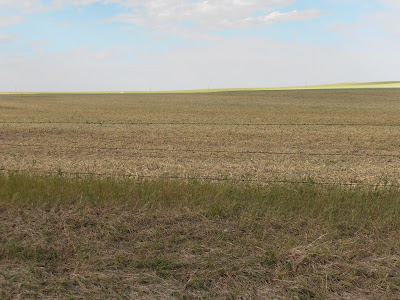 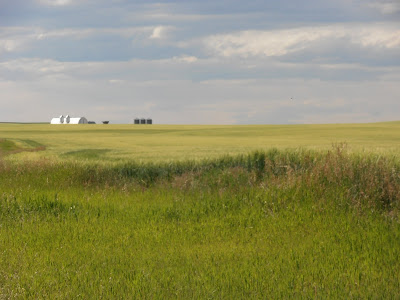 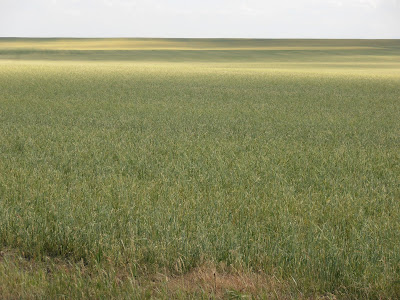 On a more pleasant note, my mother-in-law flew out from South Dakota for a week long visit and we spent last Saturday touring Glacier National Park. We emerged from the mountains at East Glacier, headed east on highway 2 as the full moon hung over the Rockies: 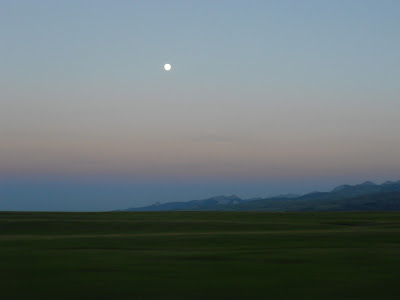 So that's a few of the places I've been. How 'bout you?

the age of the roper?

Gorgeous pic at Glacier National Park, too. Great way to spend the day with your MIL. :)