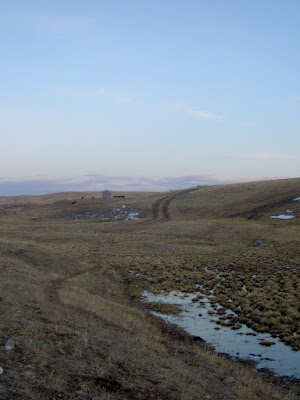 
The first of November signals the countdown to the holiday season for most people. The beginning of cool weather and windblown leaves and big gatherings during which we attempt to eat plates full of food the size of our heads, which has an adverse affect on the size of our butts and the fit of our jeans. Ah, tradition. Gotta love it.


For most ranchers in our area, late October and early November are weaning and shipping time, otherwise known as Pay Day for your year's hard work.

Steers and cull heifers are trucked off to feedlots. Replacement heifers are weaned and put somewhere they can't crawl out of and head straight back to Mom. In our case, they're penned up next to the indoor arena and fed buckets of oats by hand, which makes them a whole lot easier to handle once they become mothers themselves.

Weaning is also the time the cows are kicked out on fall pasture, including the previously harvested grain fields, where they clean up anything the combines left behind. Many of these fields flank the highways and gravel roads. 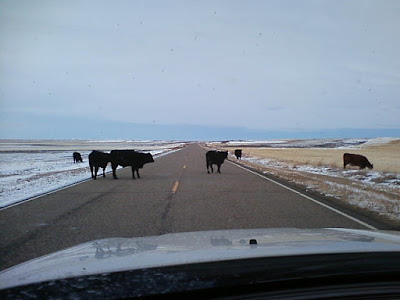 Driver beware. This is an open range area, meaning if you hit a cow, you're at fault. If a farmer doesn't want cows in his crop, he has to fence them out. Ranchers have no legal obligation to fence their cows in, though most do because we like to know where to find them and are less likely to end up in fisticuffs with the neighbor because our herd is camped out around the water hole he spent a few thousand dollars excavating so his cows would have a place to drink.

I commute fifty five miles to work every morning, and fifty five miles home every night. Several sections of this road are populated by cows. Mostly black cows. And within another week or so, I will mostly be driving in the dark. It can be downright thrilling at times.

Since the subject is on my mind and I missed doing a Wednesday Back Up, today seemed like a good day to wander back almost a year, when we discussed How NOT to Catch a Cow.
Here's hoping all the ranchers out there have a little something left over from their calf check after all the bills are paid, and plenty of hay laid up for the winter. And that good old Mother Nature holds off on the snow for a while, so we don't have to start feeding it to those cows just yet. 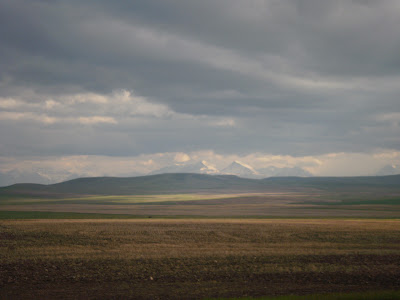 Is it at least easier to see the black cows in the snow?

The farm boy in me thoroughly enjoyed this. I had a daily trip of only 12 miles each way to high school, which didn't seem long, but 55 miles? Holy smoke.

As for critters on the road, I lived for many years where deer made a night-time drive along winding roads an adventure. Never "caught" one, though there were a few really close calls.

Linda: You would think, but not as much as you expect. Actually, snow makes everything easier to see at night because it lightens up the landscape, especially if the moon is out.

Ron: Yes, we have plenty of deer, too. Had a close encounter on Tuesday morning. Then smoked a flock of grouse on Wednesday. Was happy not to lose any headlights.

Zach has gone back to work- for the IAC more on this later- but he's now driving 55 miles to work too. That's what happens when you live in the sticks.

Love the view. I have to dodge deer and so far have never made contact although some close calls. Lots of fences here so not many cows in road. Going to Many Glacier always have lots of cows!!!