I'm going to preface this story with a bit of explanation, so you might fully appreciate my current state of mind--at least in the matter of trains. I've been told it's more of a stretch than most people can manage to appreciate my state of mind in general.

In case you haven't heard, there have been several train derailments in the past months that have resulted in explosions. (If you haven't heard: trains go Boom! ). Turns out, the oil extracted from the massive fields in North Dakota tends to be more volatile than average, which makes any oil train mishap potentially deadly. Now, for most of you this isn't much of a concern, since you are unlikely to be anywhere in the vicinity of a train derailment. It's a tad different up here in northern Montana. The main east/west track from the Bakken oilfields to the west coast runs along Highway 2, otherwise known as the Highline. This is our version of Route 66, celebrated in song and prose, by National Geographic no less.

More to the point, both highway and railroad pass through every small town on the northern tier of our state. As a result, our television and radio news has been peppered with stories about how emergency planners and first response teams should prepare for the worst.

But our ranch is fifty miles north of the railroad tracks. So no worries for me, right? Wrong. Because I have this thing called a town job, and this is the view out my office window: 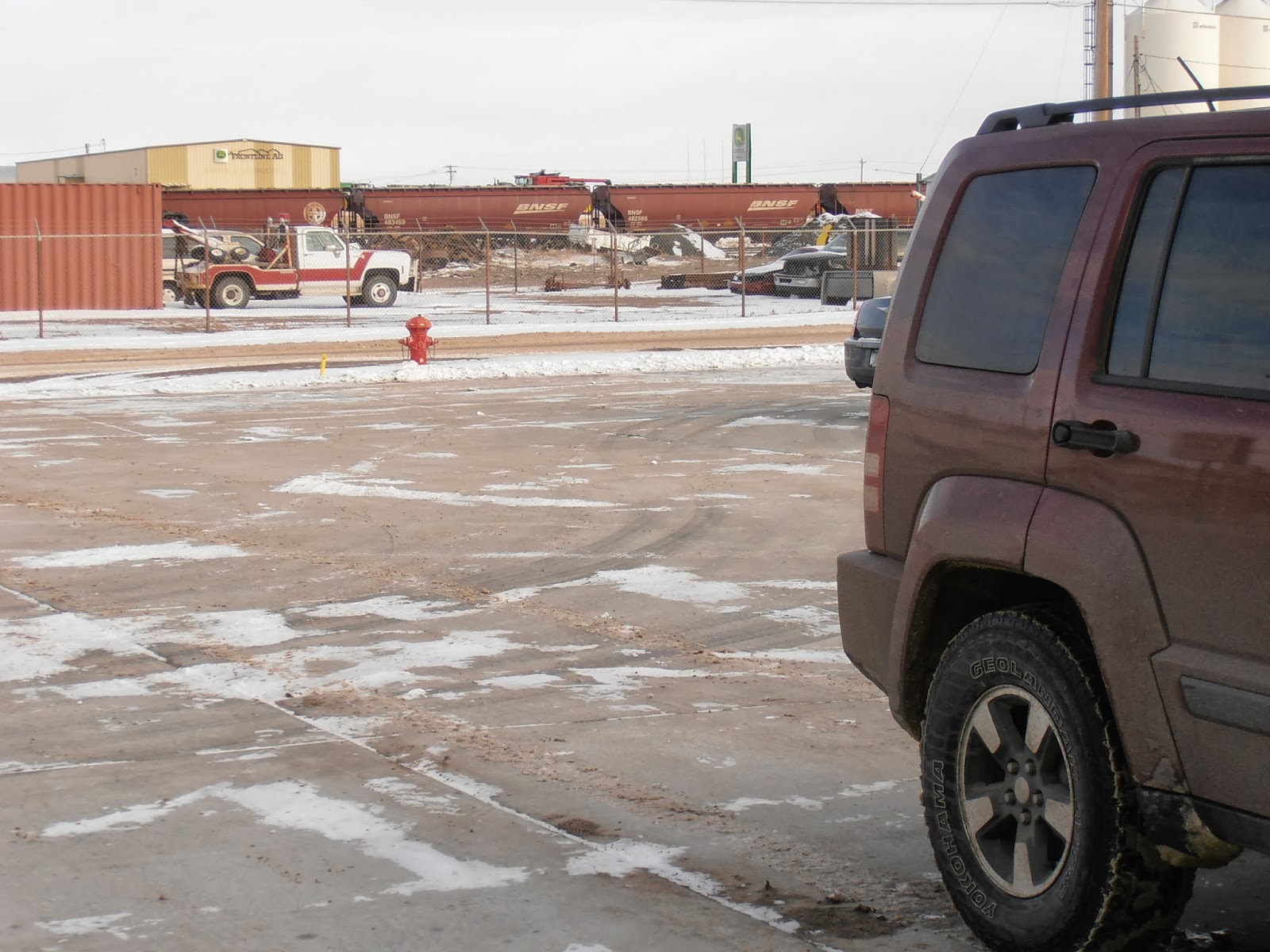 Yes, I can feel the rumble of the cars as trains pass by, at a rate of 60+ a day. I couldn't even hazard a guess how many are hauling crude oil cars one way or the other. So one might assume our nerves are in a heightened state of alert in regards to the trains.

Come Monday afternoon, we were all pecking happily away at our computers (okay, happily might be stretch), when suddenly, ka-BOOM! From the vicinity of the railroad tracks. The earth shook. We all lurched out of our ergonomically-correct chairs, in that state of vague panic where you can't decide whether to hit the floor, run to the window or grab a fire extinguisher.

A huge cloud of dust and debris rose up from across the street as we stared out the window in puzzlement (yes, curiosity once again wins out over good sense). Finally, it dawned on us that the derelict five story grain elevator behind Chuck's Auto Body was now a heap on the ground. 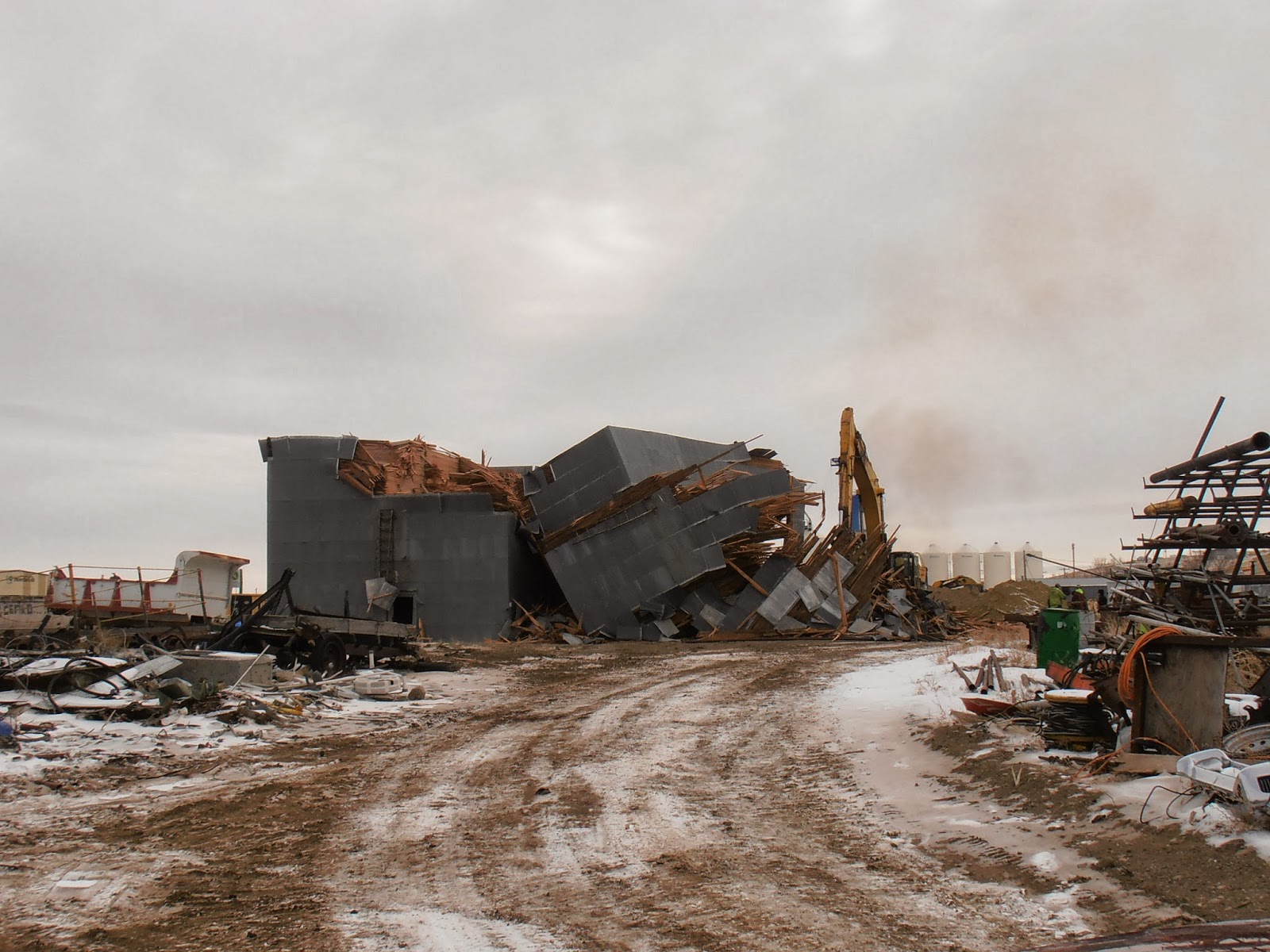 I assured my jack-hammering heart that this was not, in fact, Doomsday, and put the fire extinguisher away. On Tuesday I reconsidered that decision. Old grain elevators have a lot of steel cable and metal siding, all of which is worth money. Short of pulling it off sheet by sheet, how does a salvage crew separate the metal from the tons of wood in one of these old structures? Well, if you're in my small town and the elevator sits on the railroad right-of-way and is therefore exempt from city policies on things like open burning, you dig a really big pit and you do this: 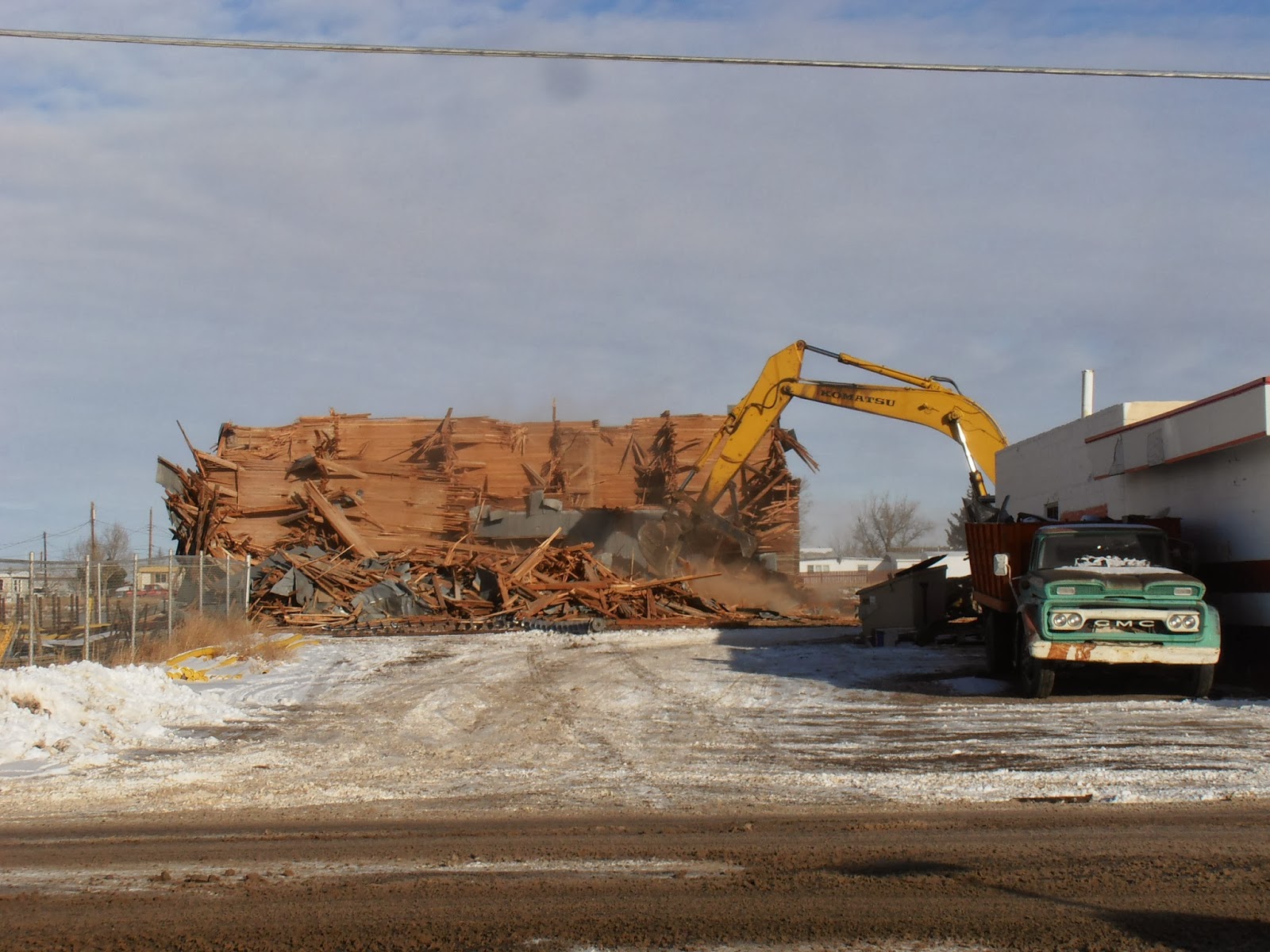 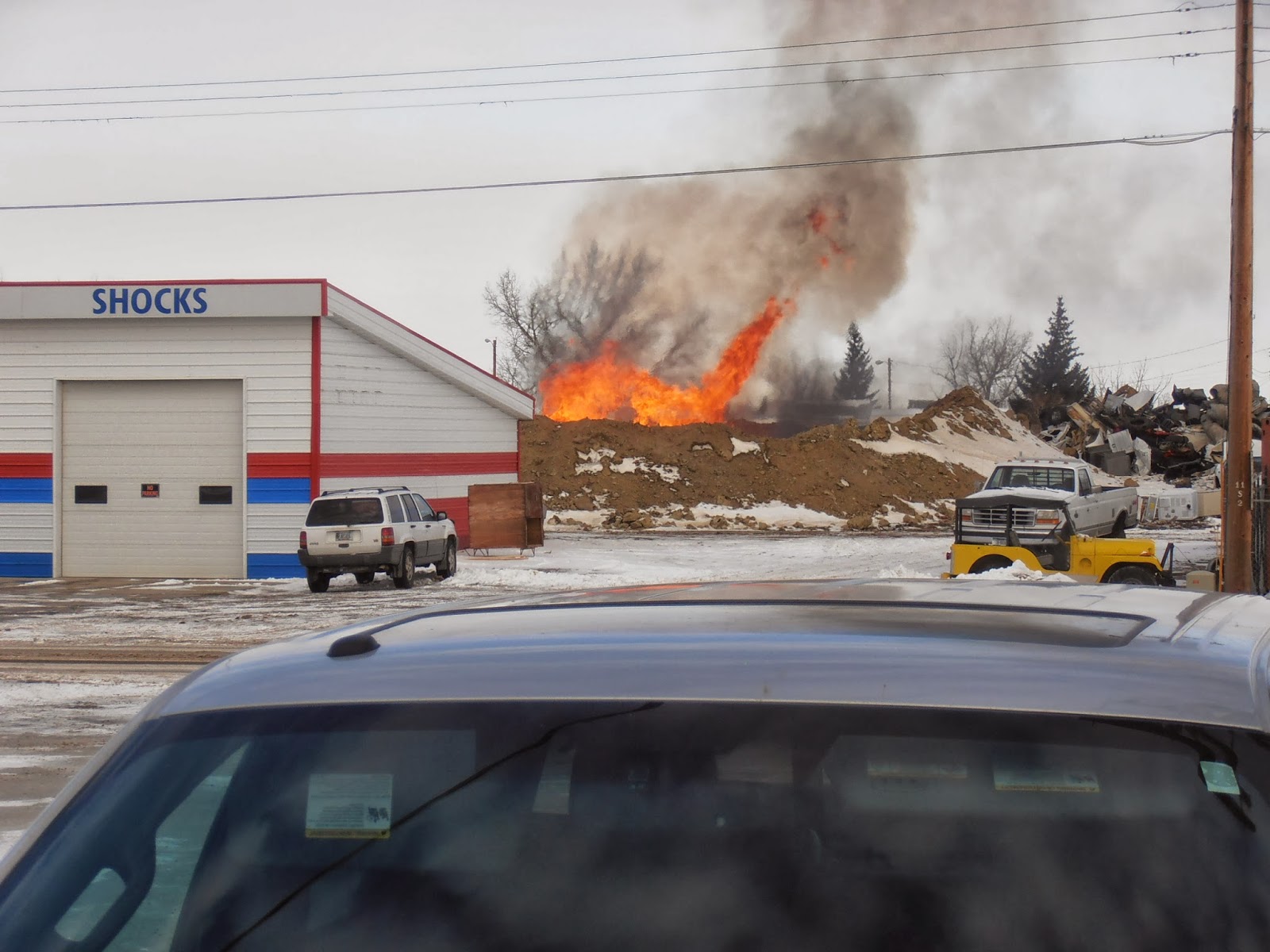 And when the flames die down, you scoop the metal out of the ashes and load it in one of those railroad cars conveniently located right next to the fire pit. So for all those people who've been saying, "Seriously? It's warmer in Cut Bank, Montana than Atlanta? How can that be?" Now you know.

Wow...surprised to not see protesters standing around but I suppose they would freeze their bums off. Great pics nonetheless!

Protestors? On the Highline? Only if you shut down beer sales.

“I've been told it's more of a stretch than most people can manage to appreciate my state of mind in general.”

I assure my family I’ve always been this way so they don’t try to put me in a home. Just kidding (I would totally take over).

Wishing you luck up there. My husband has three sisters in the area.