*
We heard through the grapevine that this was supposed to be a long holiday weekend according to non-farm and ranch people, so we decided to run a little wild and head for the mountains. Our intention was to leave right after lunch, but of course there were a few things to do first like a quick roping practice session (summer rodeo season kicks off Friday), fix the air seeder, move the rollers over to the far north field, and a handful of other odds and ends, so we didn't get gone until almost three. Lucky for us, we get seventeen hours of daylight this time of year, and it only takes an hour and a half to get from the ranch to Waterton Lakes Park in southern Alberta, assuming you know the special short cut across my aunt's cow pasture. And since I finally remembered which chore coat I was wearing the last time I used the camera, you even get pictures. 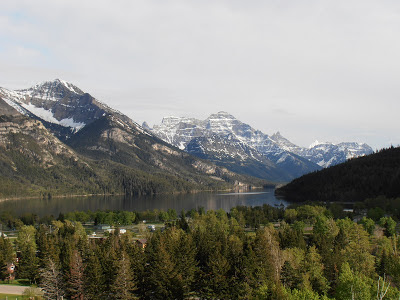 You can't beat Glacier National Park for scenery, but Waterton Village has an edge in amenities because people live there year round, so there are several great restaurants, lots of cool stores, and an ice cream shop on every corner (except this is Canada so they call them confectionaries). We were also hoping to see some wildlife, but I'm not sure it counts as such when it's camped out under the elementary school jungle gym. 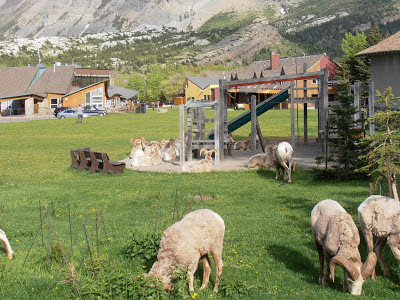 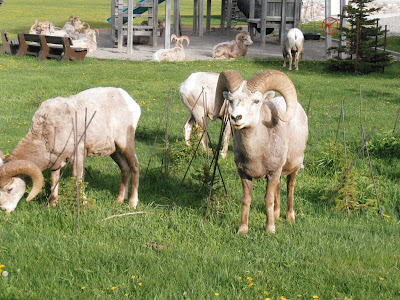 According to the flyer we were given when we entered the park, Waterton Village employs a woman and her three collies to keep the wildlife cleared out of town. I don't think she's winning.

We ventured beyond the main lake and the village for the first time, to Cameron Lake. The day was absolutely perfect, sunny and barely a breeze (big news in this part of the country), and we spent much of our eight hour vacation doing this: 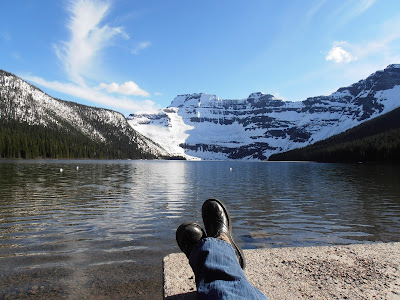 While our son tried to fill the lake with rocks: 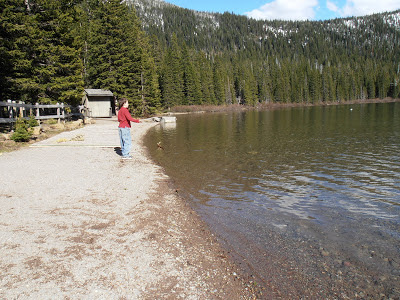 And a pair of these gave us a thorough scolding for not bringing along suitable offerings. 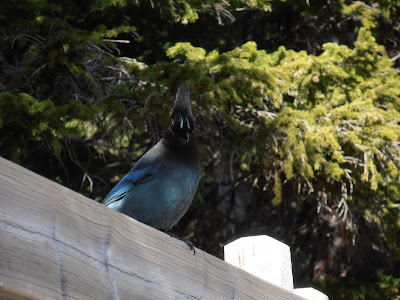 We meandered back to the village, had some very respectable barbecued ribs for dinner, then walked across the street to the beach and lingered there watching the lowering sun light up the mountains and reflect on the lake. Then we reluctantly headed home, but Mother Nature put on one last special light show as we crossed the border back into the U.S. 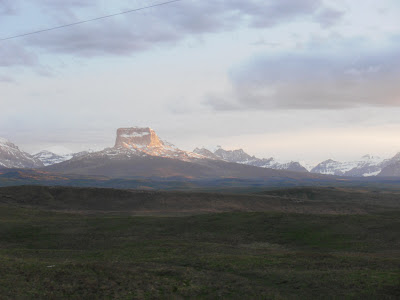 Not bad for a half-day holiday.
*

I LOVE that area. We haven't been there since Sept. 2001. Love the pictures. Laughed at the sheep. Yep. Old lady with dogs is losing that battle

What beautiful pictures. I especially love the last one.