*
....by the National Finals Rodeo. For those of you who are unfamiliar, the so-called World Series of rodeo is ten days long, held in Las Vegas, and televised nightly on the Great American Country channel. After the nine days of staying up at least an hour past my regular bedtime I am sleep-deprived and brain dead, so you're not missing much in the way of blog posts during this hiatus. For those of you who want to play along but aren't rabid enough to sit up until all hours watching the performances live, there are next day replays during civilized times.

Also this week, and an even greater source of sleep loss, was our son's very first school Christmas program. It is never good when the teacher calls you in a week ahead of time to come up with a plan to minimize the probability of disaster. But may I just say, as the mother of That Kid, our home videos are never boring. And since the program concluded without complete disruption or smacking the kid in front of him on the head with his jingle bells and only partial nudity, we consider the whole affair a rousing success.

As for the rodeo, tonight is the big final night, the crowning of this year's world champions. Then I may sleep until Monday morning. While I'm catching up on my rest, here's a little local scenery for your viewing pleasure:


Coyotes at daybreak. We've got hordes of 'em this year. 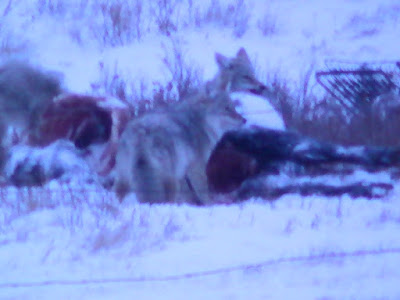 The road through the Hole in the Wall. 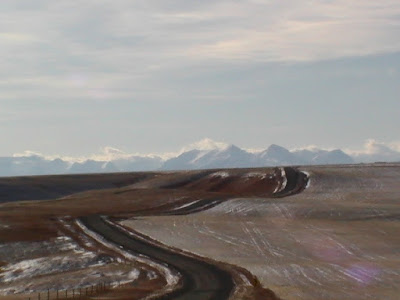 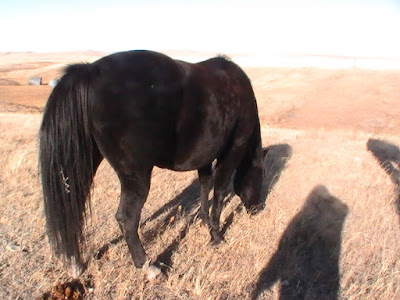 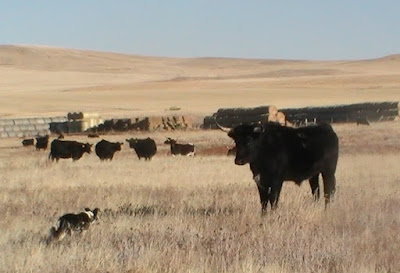 I really enjoy your pictures! We watched a little bit of the NFR but we are a 'hardcore' PBR family! LOL

Laughing at "the Standoff" I suspect the participant on the right would win! :)

LOL at the stand off. I love that dog!