How Not to Catch a Cow

There is a certain subset of the population that cannot resist accessorizing their vehicles. You know who you are. Most of it is purely for show, including, in many cases, what's called a grill guard. These are especially popular on pickups. Even more so in rural areas, where they are considered more of a necessity. Drive down any street in my hometown and you'll see several. 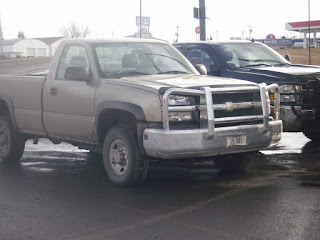 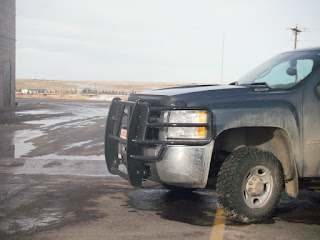 With lights and winches built in: 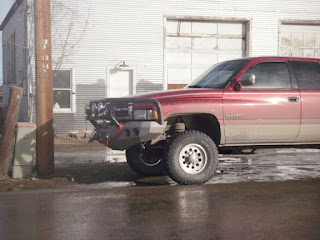 Heck, there's even one on the team bus: 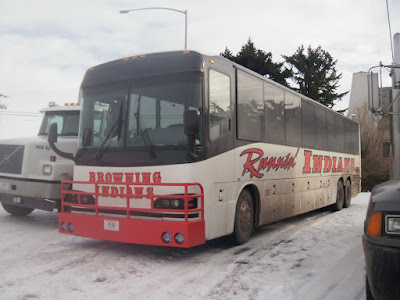 Around here, we call them cow-catchers. Because you don't want to catch a cow without one: 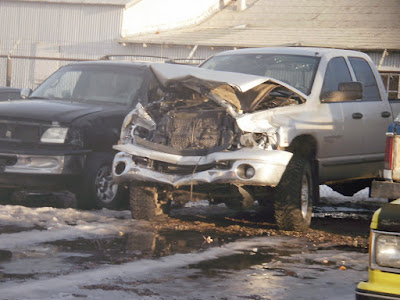 That was a funny and surprising ending. :)

Wow... I was wondering what the title had to do with pictures of grill guards :D

Is running into cows that big a problem? Cows are pretty big. You'd think they'd be easy to avoid.

We live in an open range area, which means cows graze farm fields along the highways with no fences to keep them off the roads. Dark nights plus black cows and rolling hills makes for several collisions a year on the highway from our ranch to the nearest town. Horses, too. Plus the usual deer.

Nice. In one of my books, protag Conway Sax makes fun of these brush guards - says they're for people who want the toughest-looking SUV in the Old Navy parking lot. (Of course, this is in Massachusetts - quite a different proposition than Montana.)

I had to laugh.

the battle of cow vs truck, I'm thinking there are no winners, right?

Cyndi: No, it did not end well for the cow. And the occupants of the pickup were darn lucky that they managed to stay upright. They did go off the road.

You can see how much damage was done to a pickup. Collisions between cattle or horses and smaller vehicles can be fatal for both parties.